Mark 3:25, “A house divided against itself cannot stand” RT

When ever our country faces great peril, & I believe we are in times of peril, I gravitate toward our great framers for wisdom. After all, who would no better than those great engineers who designed this country for a fix it, or some sort of clue? Right now I’m exploring the option of seceding the union, my mind leans toward succession, yet Patrick Henry might disagree. Tread lightly my fellow Americans.

If we (all United States) were to succeed the union, say as a master strategy in order of shutting the out of control Federal Government down, with out shedding blood, followed by an agreement by the states to re-unite down the road, the founders may have agreed with that.  Having said that, I know the founders would most definitely support Re-instituting the 10th Amendment.  Please take the time to read this great document.  This Amendment could be more important than any other document, to include the “Declaration Of Independence.” I could be wrong, but it seems to me the “Declaration Of Independence could not maintain our Independence with out the 10th Amendment. 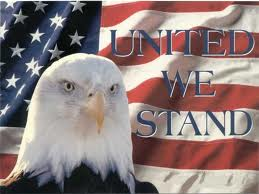 In his last public speech, Patrick Henry warned us about seccession. In a weak state he folded his fingers & stated ” “Let us trust God, and our better judgment to set us right hereafter. United we stand, divided we fall. Let us not split into factions which must destroy that union upon which our existence hangs.” He then collapsed & was taken to a nearby tavern. He was dead two months later.