In God We Trust is on our currency, “is that against the law?” 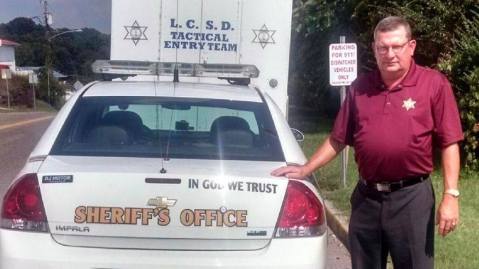 What’s your verdict on these vehicles? Police cars in Texas are showcasing “In God We Trust” decals – but now a national watchdog group says this is an unlawful endorsement of religion. What do you think? Should these decals be allowed to stay??

In God We Trust is on our currency, is that against the law? We R guaranteed Religious freedom under the constitution. We R a self governed people, the Govt works for us, we have the last say.

Separation of church and state was intended to keep Govt at bay. SCOTUS is not upholding the Constitution. Congress was given the power by the people only to author law, not SCOTUS, and WE THE PEOPLE under the constitution control Congress.

Thomas Jefferson had issues with the Federal system of Govt, and our Judicial branch. We need to stop running to the Court system to solve every problem that occurs, we need Representatives that will enforce the peoples will. And a POTUS who will lead and not follow. http://politicalsleightofhand.com