Black Leader Endorses Donald Trump: Democrats ‘Ask Us For Everything, Give Nothing Back’

I am proud of the Black Community for finally waking up to the #Facts I have been espousing for many years how the Democrats are the one’s dis-enfranchising the blacks, they were called the Dixie “c”Rats, back in the day, because they were the KKK supporters, and members, not the Republicans. 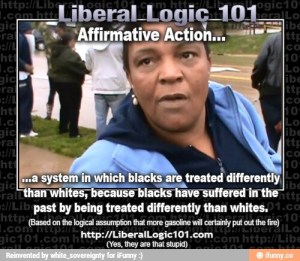 There is a misconception, that the Republicans are the racist party, and that couldn’t be the furthest from the truth, if you do your homework, you will find my statement to be true, i.e. Strom Thurmond and KKK Robert Bird both were Klan members, both original Dixiecrat’s. Once again a Republican, Donald Trump will make a better world for the black community’s, as the Republicans have since Abraham Lincoln freed the slaves.

Black Leader Endorses Donald Trump: Democrats ‘Ask Us For Everything, Give Nothing Back’