WE ARE Officially a 3rd world Banana Republic…….

Click link below for the article on DOJ probing itself....
Pablo Escabar & Nixon spin in their graves in envy……
Folks hang on to your hats, I cannot believe this is happening, but then again this isn’t my first rodeo, The Fox is in the Hen House, & it is in sheep’s clothing. DOJ is now going to do an internal investigation in a Republic Democracy, do you something wrong here, this is the same problem we have with Congress, we need an independent counsel here, nonpartisan.
Picture this John Mitchel investigating Nixon’s WH over Watergate. #OxyMoron

OMG folks this truly 3rd world Banana Republic style, you know damn well if this were Bush or Reagan the Democrats would be first in line to say this is pure corruption. The Democrats, the WH and Clinton have go to far, it’s time for the American people grow a pair and show these people the door, #JailCell 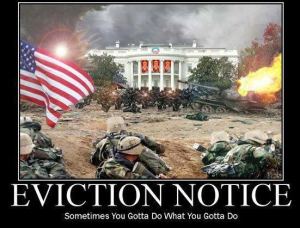 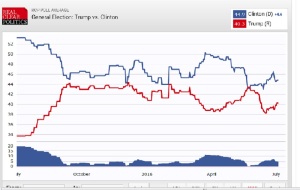 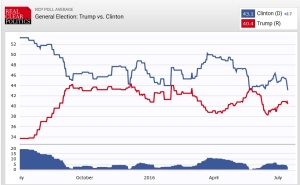 Recently, the NY Post reported >>> http://nyp.st/1XOTxrR via @nypost that #Killary is down among independent voters, more recently plummeted even further.  The media is trying to spin the #facts, no surprise there, in an effort to persuade you into believing she is up, the truth is she appears to be ahead by almost margin of error of Trump, yet #Killary is far from beating President Trump, she is in fact in a 365 day down trend. #Killary must be concerned that she is so far down from where she was last July, all before her first debate with President Trump.

#Killary does not have home field advantage so to speak, she is in very bad shape #factually, #Benghazi is not going away, even though the corrupt FBI just gave her a pass today. There are a plethora of reasons to vote Mr Trump into office, but the most important one of all, is his uncanny ability to shoot from the hip, and say it like it is.  McCain & Romney lost because they failed to drive home the corruption Obama was steeped in, instead they chose to be politically correct.  Romney once said, Obama is probably a nice guy, I just disagree with his policies, instead of calling Obama a disaster, a rottong SOB, he puts on the nice guy act, the Checkered Pants Republicans think this is a country club, run with house rules, and that everyone follows those house rules, #naivety, #Corruption

The reason among many btw, #Cruz Lost primarily, is because of the staunch right wing agenda, one world order, the far right.  America is not going to vote in a staunch Conservative who doesn’t know how to communicate with the left.  Ronald Reagan became one of the most successful President’s, who was a former liberal Democrat, because it gave him the ability to communicate with the left.  Trump is that man today, he is a communicator, more importantly, a brilliant negotiator, who will fulfill the founders vision, move Govt, and it’s social policies, further away from the people, there by strengthening our 1st & 2nd, & 10th Amendment rights.  McCain, like Romney, like Cruz want to socialize the country with religious practices, taking us back to the Old Testament, as Killary, Bubba, and Obama want to do the same socializing America, only in the opposite direction, stripping our religious rights away.

America needs to wake up, otherwise we will find ourselves right back to the way things were before the founders drove us to independence.  We have to many laws, to many politicians with their hands in the till, and unfortunately to many stupid Americans with their blinders on.

As you can see the above the sequence of polls showing how Trump has always been in an uptrend, and #Killary has always been in a down trend.  I believe the latest poll – July 28th 2016 is reflecting both the inspiring GOP Trump Convention, and the latest news on the DNC road map to destroy Bernie Sanders, and #Killary slipping through the FBI’s fingers on the e-mail scandal.  Not to mention her dismal DNC convention, #Killary will not be #POTUS, not by a long shot, numbers don’t lie!